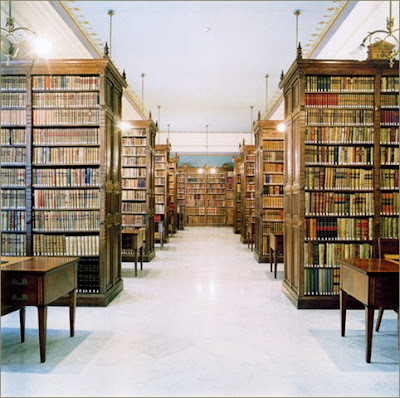 Spiritual Leadership Principle: Leadership and learning go together. So no matter where you are at in your leadership you need to be teachable. Being teachable is the prerequisite to walking in a close relationship with God, advancing your leadership, and achieving success. This principle simply says, leader’s are teachable.

24 Meanwhile, a Jew named Apollos, an eloquent speaker who knew the Scriptures well, had arrived in Ephesus from Alexandria in Egypt. 25 He had been taught the way of the Lord, and he taught others about Jesus with an enthusiastic spirit[and with accuracy. However, he knew only about John’s baptism. 26 When Priscilla and Aquila heard him preaching boldly in the synagogue, they took him aside and explained the way of God even more accurately.

27 Apollos had been thinking about going to Achaia, and the brothers and sisters in Ephesus encouraged him to go. They wrote to the believers in Achaia, asking them to welcome him. When he arrived there, he proved to be of great benefit to those who, by God’s grace, had believed. 28 He refuted the Jews with powerful arguments in public debate. Using the Scriptures, he explained to them that Jesus was the Messiah.

This passage shows the importance of a leader being teachable. Apollo’s was a seasoned leader who had all the qualities of a successful leader. A few of those quality’s where being an excellent communicator, being knowledgeable in his industry, a superb teacher, had influence, and he was bold and passionate. Because Apollo’s was teachable he was able to move to the next level with God and in his leadership. Here is the process that Apollo’s went through in this story:

Apollo’s was a seasoned leader who was knowledgeable.

Apollo’s was willing to learn more by being teachable with other more knowledgeable leaders.

After Apollo’s learned more he was able to be more effective in leading and teaching. He was a better leader.

Because Apollo’s had a teachable attitude he was able to move to the next level in his leadership.

Successful leader’s who continue to move to the next level in leadership have a teachable attitude. Being teachable wherever you are at in your leadership is essential. We can be better leaders on a daily basis if we are teachable.

The Importance Of Being Teachable
Throughout history every successful person understood the importance of learning and being teachable. Being teachable is important because it will increase your influence and raise your leadership lid. It will also determine your future, being teachable is the doorway to your future. You will either have a promising future by being teachable or you will hold yourself back by refusing to learn. It’s the choice of the leader that determines if they will choose to be teachable. But leader’s who strive for knowledge and learning moments will open the door for them to become better leaders and to become a better leader is priceless.

Teachable Roadblocks
Leader’s and people with great talent have a harder time being teachable. There are many reasons a leader might not be teachable. Below are some areas that will cause you to not be teachable, which in turn will limit your success.

Pride- Pride is one of the main roadblocks that will cause a leader not to learn. Prideful people focus on themselves and think they are better than everyone else. This blocks a leader from receiving anything that will allow them to become better. Prideful people will soon find themselves so tangled up in this roadblock that the only thing that happens is the eventual downfall of the leader.

low self esteem- They spend so much time and energy on doing things that will raise their self esteem by trying to please others. They focus so much on what people think about them that they are blocked from learning something new.

Poor outlook on life- Someone with a poor outlook on life are always looking at the negative aspects of life. Which causes them to miss out on teachable moments and learning something that might positively change them.

Title minded- A leader who is focused primarily on a title is so busy maintaining that title and approval that they overlook the importance of being teachable. They have a guard up which says, ” If I show others I don’t know something I might lose my title or position as the leader”.

Not growing- A leader who does not grow and develop in life and leadership will have a hard time being teachable. Leader’s are responsible to develop themselves and being teachable is one way a leader can accomplish that. Most leader’s who are teachable are more than likely to have a personal development plan. When leader’s are not teachable they are likely to skip out on developing themselves.

Ways To Avoid These Roadblocks
The first thing leader’s should do in order to avoid the above roadblocks is to recognize and acknowledge the areas that might cause you not to be teachable. Here are some other ways to help you avoid those potential roadblocks,
*Have people who will hold you accountable.

*Choose to be humble and lay down any pride.

*Establish an inner circle of wise counselors to advise you and help you grow.

*Focus on your future and not your past. Know that your success will be determined by your own actions today not by what has happened to you in the past or yesterday.

*Always be growing and learning.

*Serve others no matter what your title is.

*Choose to associate yourself with seasoned and more knowledgeable leaders.

Teachable Moments
We can apply this principle to our life, today! If we choose to look for teachable moments throughout the day. A teachable moment is when a leader learns something new in a circumstance that might not have been seen if the leader did not have their eyes and ears open. We can learn and gain new thoughts on business and leadership principles in every circumstance. While you are at a restaurant, watching a movie, at a store, etc. The key is to know that you can learn at whatever you are doing.

Daily Discipline To Learn
Leader’s should discipline themselves to daily grow and learn in their personal development and spiritual life. This can be done if a leader chooses to look for teachable moments and through personal and spiritual development. Leader’s who learn and grow on a daily basis will stay sharp and in-tune to the fast changing world. One of the top priorities for leader’s should be to focus on daily growth and learning. Discipline yourself to take the time to grow.

Moving To The Next Level Requires A Teachable Attitude
If we want to go to the next level in leadership and with God we must be teachable. Being teachable is the roadway to success and accomplishing our dreams. Being teachable will determine your success now and in the future. John Maxwell says, “One of the paradoxes of life is that the things that initially make you successful are rarely the things that keep you successful.” So no matter what degree of success you have had, your next level of success will be determined by being teachable. In order to move to the next level in your leadership and life you will need to be teachable.

Please note: I reserve the right to delete comments that are offensive or off-topic.

Get Your Free Quote Books

Sign up to receive my blog posts via e-mail and get a FREE copy of these two quote e-books: Success Quotes, Foundational Elements for Lasting Success AND Characteristics and Qualities of a Great Leader.

The Little Book of Personal Growth